Richard was a very popular name amongst the various Verrall lines in Sussex around this time with a couple even marrying Marys to add even greater confusion for researchers. Thomas' Will below helps to sort the wheat from the chaff.

Richard married Mary in Eastbourne, Sussex, England. Mary was born Abt 1684 in England.

i Edward Verrall was born Abt 1708 in Sussex, England.

The last Will and Testament of Thomas Verrall (above)

I, Thomas Verral of Excett in the parish of Seaford in the County of Sussex, shepherd, being weak in body but of sound mind and memory thanks be given to God for the same, do this first day of January in the year of our Lord one thousand seven hundred and sixty six make and publish this my last will and testament in manner and form following, that is to say.
Fist I give and bequeath unto brother Edward Verrall,the sum of one guinea, also to my brother John Verral the sum of one guinea also to my brother Richard the sum of one guinea, also to my sister Elizabeth, the wife of John Sutton of Eastbourne in the county of Sussex one guinea which legacies I give to them and their heirs for to be paid within six months after my decease.
I also give unto my three brothers and sister aforesaid all my wearing apparel to be equally divided among them.
All the rest of my stock of sheep, household goods and all things whatsoever I...or after my just and lawful debts are paid, I give unto Elizabeth my beloved wife and to her heirs for ever whom I also make my wife Elizabeth full and sole executrix to this my last will and testament, utterley revoking.....all other wills before me at any time made allowing this and only this to be my last will and testament in witness whereof I have hereunto set my hand and seal the day and year first above written.


The mark of Thomas Verral

Signed, sealed, published and declared by the testator to be his last will and testament in the presence of those whose names are under written:

William and Ann had the following children:

xi. Maria Verrall was christened 14 May 1797 in Hailsham, Sussex, England.

William Verrall, the subject of this short paper, was probably born at the end of 1751 and was baptised at Eastbourne 30 Jan 1752, one of the younger children of Richard Verrall (Born 1717, son of Richard and Mary Verrall of Eastbourne by his wife Mary Marden whom he had married in 1740.


It seems likely that William's early life was spent at Eastbourne, the family subsequently moving to nearby Hailsham, and when in his late teens William went to work at Ashburnham. Among the parish records at Ashburnham is an acknowledgement of settlement 17 Apr 1771 given by the parish officers of Hailsham and owning him as an inhabitant of Hailsham. He may have been a labourer on the estates of the Earl of Ashburnham and he was still there on 5 Apr 1772 when he married Anne, the 20 year old daughter of Richard and Anne Michel (Nee Bennett). The marriage had been necessitated by the birth of William and Anne's son William some nine months earlier: Indeed, the churchwardens and overseers of Ashburnham probably "obliged" the couple to get married for there survives no order for the child's maintenance.
Nine days after the marriage a removal order was obtained for both William and Anne, ordering their removal to Hailsham, but does not seem to have been carried out although there is a long gap between the birth of their first child William, and their second John in 1778. The last baptism of the family at Ashburnham was that in 1778 of a son John and sometime within the following eighteen months the family moved to Ninfield, a neighbouring parish where it stayed until 1791 and produced five more children. However, by 1793 they had all returned to Hailsham, later events indicating that he move was enforced, due no doubt to the large and still increasing family which William was desperately trying to support.

Back at Hailsham the family immediately went on parish relief, and in 1793 and 1797 produced two more children, making 10 and thus completing the family. By 1802 six of the children had left home and the family still on parish relief consisted of William and Anne, a boy aged 12 (James), a girl aged 13, (Elizabeth), a girl aged 7 (Harriet) and another girl aged 4 (Maria). During 1801 the family had cost the parish 33 pounds 2shillings and 1 and a half pence in relief and there survive detailed accounts of assistance given until 1821.

From the accounts we learn for instance that the rent of William's house was 4 pounds per year and with further research it should be possible to locate where it was. Elizabeth the daughter was, in 1802 in service with Mr. Parks and received money for clothes but by 1804, when she would have been about 15, was able to earn enough to support herself. In 1806 Harriet received 1shilling and 3 pence for a pair of mittens and the boy frequently was supplied with shoes. It is clear such shoes as were supplied over the years were of poor quality, frequently needing mending as the accounts show.

A detailed account is given below and is typical of each year's entry: only in 1807 does the total begin to fall, and this can be explained by the children leaving home for good.


Half a years rent due Oct 10th 2 pounds


A pair of Boot Shoes for Samuel 15s


one shirt for Samuel 5s


one quarter of barley 1pound 10s

Dec 6 a pair of shoes for the girl


Jan 12 Relieved for the purpose of


one overcoat for his girl 4s


one petticoat for girl 3s 9 pence


1 pair of breeches for the boy 8s


for Elizabeth at Master Parks 5s


2 changes for the Girl Elizth


Jan 24 one pair of shoes for the girl


one pair of Stocking for girl 2s

During the period 1801 - 1822 William Verrall received a total of 207 pounds 16shillings and tenpence from the parish by way of grants and relief; when he died in 1822 his widow Anne was allowed 2s 6pence a week and she survived until the beginning of 1844 and died at Hailsham aged 96.


William Verrall their eldest child is probably the man referred to in the following extracts. It seems likely that he served in the Sussex Militia: (see below)

What could have happened was that young William was balloted to serve for Hailsham parish, took his wife and child with him to camp at first Ewhurst, for a short time before being disbanded, was able to support his family for a year or more, and then possibly rejoined as a regular soldier leaving his family to survive on relief. It seems likely that his son, another William was the same as:-

1804 Aug 6 Children put out - William Verrall to Thomas Sharpe of Eastbourne Memorandum - Mr Sharpe hired the boy for a year, from the 6th August 1804 to the 6th of August 1805, and the Parish agreed to pay Mr.Sharp for the year -3pounds 18s

In 1809 yet another of William and Ann's sons was " on the parish". Charles Verrall, born in 1783 at Ninfield, married in 1805 Lydia, daughter of William and Sarah Crowhurst. At Easter 1809 the family consisted of one girl aged 4, one boy (George) aged 2 and an infant (possibly Sarah who was not baptised until December of that year). Between Easter 1809 and Easter 1826, Charles received 234 pounds 13s and 9 pence in relief from the parish!

So between them, over about 20 years, William Senior, William and Charles his son, had over 500pounds for support. It is small wonder that Hailsham parish was enthusiastic about emigration - for about 15 pounds each person, it could dispose for good of this regular drain on the parish rates.

On the 18th May 1803, Britain declared war on Napoleon and France and the adult male population of Eastbourne together with all other Parishes in Sussex was called upon by a Variety of Defence Acts to defend their country. These lists of men provide a virtual census of the resident adult male population at that time. Under those defence acts, the Lord Lieutenant was responsible for recruiting men for the services (especially the Militia) and Parish Officials were required to compile and return to him lists of all men in the Parish between 17 and 55. 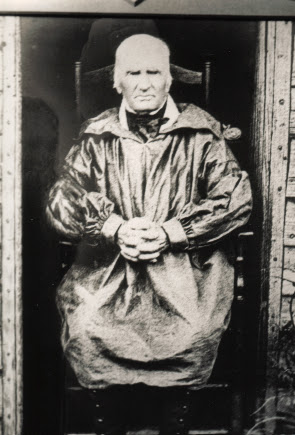 In 1809 yet another of William and Ann's sons was " on the parish". Charles Verrall, born in 1783 at Ninfield, married in 1805 Lydia, daughter of William and Sarah Crowhurst. At Easter 1809 the family consisted of one girl aged 4, one boy (George) aged 2 and an infant (possibly Sarah who was not baptised until December of that year). Between Easter 1809 and Easter 1826, Charles received 234 pounds 13s and 9 pence in relief from the parish!

From the County Archivist Mar 2000

The Hailsham parish register, as you have noted, records the baptism on 4 June 1805 of Martha Crowhurst, who was born on 23 March 1805. The parents are not stated. Unfortunately marriage entries before 1837 do not record the names of parents.

However, a document among the Hailsham parish records (PAR 353 34/2/3), dated 18 May 1805, is a warrant for the arrest of Charles Verrall, who, on the examination of Lilly (sic) Crowhurst of Hailsham spinster, was adjudged to be the father of the female bastard child delivered of Lilly on 23 March last at the house of her father William Crowhurst of Hailsham. No doubt 'Lilly' is an error for Lydia.

This seems to resolve the matter: the child was Charles's, and he married the mother of his illegitimate child

This poem is an excerpt from the book:
'Charles & Sarah Verrall & Their Descendants'
Compiled by D. Adams & G. Green
(This Charles is George's brother)