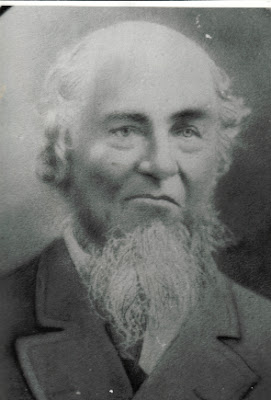 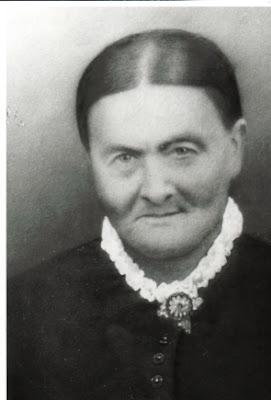 
The Brisbane Courier 22 April 1879
Says the Redbank Plains correspondent of the Queensland Times :-" It is my painful duty to record the demise of Mr. George Verrall, who was the oldest settler in this district, having purchased his property on the Plains at the first sale of Crown lands, held about 1850. He owned some 800 acres on the Ipswich Reserve, taken up under the 1868 Act, besides increasing his first selection on the Plains by 1000 acres.
He arrived in Sydney in 1844, and resided on the Clarence river some time ; but, having met with disappointments in the mother-country, he left to try his luck in Queensland, and arrived in Ipswich about the middle of 1849, on the suburbs of which he engaged in agriculture for a few years. In the following year he purchased a farm on the Plains, where he resided up to the time of his death, and where he proved himself to be a most useful and energetic colonist. He was among the first to introduce the culture of wheat into West Moreton, and grew it successfully on Redbank Plains for many years. His orangery, &c, was the first of any note in this part of Queensland ; and, taken altogether, his farm was a model for neighbors to copy from. He has left a widow and fourteen grown-up children to mourn their loss, but, fortunately for them, they had a father above the average of mankind, who, by his industry, perseverance, and frugal habits, left them all well provided for. Mr. Verrall was born in Sussex, England, and was 73 years of age when died. He was a kind husband, an indulgent father, a successful farmer, genial and warm hearted, honest to the core, and carried with him the goodwill and kind wishes of all who knew him."

A report on immigrants by John Young, master of the Ship "St.Vincent" which arrived in Sydney from Cork on the 31st July, 1844, showed that Sarah had given birth to Charles St.Vincent, the first of their 14 children, at sea on the 6th of May, 1844, and that George (farm servant) had been engaged by Ward Stephens of the Clarence River for a term of 12 months for 12pounds in wages and 1 and a half rations, the journey to the Clarence River to be defrayed by the Government.

The Richmond River was part of the Clarence River at that time and Ward Stephens owned two cattle stations, Runnymede and Virginia. 1n 1848 Runnymede consisted of 128,000 acres on which there were 6,000 cattle. Virginia was smaller being 16,000 acres running 1,500 cattle.
From 1844 to 1849 George and Sarah worked on three properties, Virginia, Runnymede, and Stratheden. During that time their second child Mary was born on 12 nov 1846, their third child Thomas in 1847; and their fourth child Caroline in 1848.
LIFE IN QUEENSLAND

George and Sarah then left the Richmond District and journeyed to Ipswich with their family by means of bullock wagons. Their fifth child George was born en route on the 26th January 1850.
They rented a farm from Mr. Fleming and engaged in agricultural pursuits, being the first to introduce wheat growing. In this they were successful, so much so that they were instrumental in getting Mr. Fleming to erect a flour mill. Their sixth child William was born in 1851; their seventh child John in 1852 and their eighth child Sarah on the 29th of July 1854.
After spending about four years on Mr. Fleming's property they purchased a freehold farm on the
Redbank Plains and started cotton and wheat growing. This farm appears to be portions 40, 41 and 65 consisting of about 165 acres in the Parish of Goodna, County of Churchill. Whilst here their ninth child Phoebe was born on the 4th of March 1856; their tenth child Ann on the 4th of October 1857; their eleventh child Jane on the 15th of Jun 1859; their twelfth child Elizabeth on the 6th of November 1860; their thirteenth child Charlotte on the 23rd of September 1865; their fourteenth and last child James on the 3rd of September 1866.
On the 23rd of April 1868 George applied for selection 26, portion 285 adjoining the freehold farm,
consisting of about 640 acres of second class pastoral land at sixpence an acre. His application was
successful as he fulfilled all conditions under "The Crown Lands Alienation Act of 1868".
On the 23rd of February 1869 he applied for two more selections:
1. Selection 476, portions 83,84,88 and 89, Parish of Normanby, County of Churchill consisting of
333 acres of agricultural land at one shilling and sixpence an acre.
On the 18th of july a Deed of Grant was prepared in favour of George.
2. Selection 477, portions 99, 100,101 and 102, Parish of Normanby,County of Churchill consisting of 55o acres of first class pastoral land at one shilling an acre. On the 11th of September a Deed of Grant for this property was issued in favour of George.
He used these three selections for pasture and to graze his cattle.

It is interesting to note that portion 285 was coal bearing and that mining activities on this property go back to around 1854. In the late 1800's Mr. Alex Bennett drove a tunnel ( the original Belmont Tunnel) on the outcrop of a seam about a quarter of a mile north of 'Verrall's Tunnel'.
It is reported that Bennett later re-opened Verrall's Tunnel and that later he sold out his interests to H.G. Noble, known as Noble Collieries. A few years later the Bergins Seam was worked by a tunnel (Noblevale No. 2 ) driven into the estate across Six Mile Creek. Noblevale Tunnel was not abandoned until 1929. In 1939 James Gilliat opened a tunnel which he called East belmont, and in the following year he began a second tunnel known now as New Aberdare East. No. 2. The New Aberdare Company took over the property a year or two later and renamed it New Aberdare East. A washing plant was installed in 1940.
In a proclamation by the Department of Works dated at Brisban on the 17th of February, 1871 and
signed by William Henry Walsh, a block of land on the east boundary of portion 285, 49 chains and 16 links south from its northeast corner amounting to an area of 5 acres 3 roods and 4 perches was resumed for a deviation in the road from Redbank Plains to the main Ipswich Road.

George died on the 12th of April 1879, and was buried on his property at a burial site donated by
him and which became the last resting place for a number of Redbank Plains settlers. It is hoped this old burial ground can be preserved as a memorial to the Pioneer Days of the Ipswich District.
Many references were made of George Verrall by people who knew him:
A proven, most useful and energetic colonist -
A kind husband and indulgent father -
A successful farmer , his farm a model for neighbours to copy from -
A genial, warm hearted man, honest to the core -
A man who carried with him the goodwill and kind wishes of all who knew him -
A man who possessed all the good qualities that man is heir to

Sarah passed away at the residence of her son in law, Mr. Fred. Bassett of Riverview on the 6th
of December 1913 at the age of 92 years 11 months. Eleven of her fourteen children survived her. There were 78 grandchildren, 100 great grandchildren and 4 great great grandchildren.
Although Sarah was cared for by members of her family, she still remained active and independent, choosing to do her own chores and often travelling alone about the country to visit up until a short time before her death.
Frank Verrall relates that he remembers his grandmother quite well and that she had told him about her early days in Australia when aborigines used to come about to steal tea and sugar - she would fire a gun in the air and they would run away.
That she was a very capable and determined woman.
That she lived alone in a small house adjacent to the home of Alf and Mary Reed at Mutdapilly, doing her own chores, cutting her own firewood, coming and going as she pleased.
That when Bill Ruddle or anyone tried to take the axe from her to cut her wood she would object strongly and send them on their way.
That she became deaf to some degree and when doing the washing up she would crack the dishes.
That he loved to tease her by pulling her apron strings, she would usually reply "Get out of here you little varmint"
That because of failing health she finally consented to live with her daughter and son in law at Riverview.
George and Sarah Verrall were in every sense of the word, True Pioneers, a credit to their adopted homeland.